If you are expecting a post about food, that’s for another day. I was speaking with a colleague of mine about the different categories of lifter at a Strongman meet and he informed me that a new division was recently added. I found it extremely interesting and thought I’d share the info and get your opinions.

The variations of gear are numerous, as are the opinions on what constitutes specific classes. Historically, there have been “raw” and those wearing various pieces of equipment or suits, which we will refer to as “equipped”. But within those groupings, there are even further permutations. The labels “single-ply” and “multi-ply” refer to the thickness of any assistive clothing the lifter may be wearing. They don’t necessarily refer to the use of wrist straps, knee wraps, ankle braces, or lumber support weight belts. The latest division addition (HA!) was to split “raw” into “raw” and “raw classic”. “Raw” lifters will wear knee sleeves, while “raw classic” lifters will wear knee wraps.

As I am not training specifically to be a powerlifter, my opinion with regards to my own lifting has been to not use any equipment of any kind if I can avoid it. I believe that this ensures my body is always progressively strengthening its weakest links and I have less chance of handling a weight that my frame, on its own, has not prepared for. I admit, though, that I have used wrist straps to assist my grip and a weight belt to give proprioceptive cues/support to my abdomen/lower back during my absolute heaviest deadlifts, so I do feel there is a place for certain equipment at certain times. But what are the limits of what counts as YOU being the primary mover of that massive weight or the equipment doing half the work for you?

A quick scan of the posts on T-Nation suggests, anecdotally, that wearing a squat suit can allow you to lift around 100 pounds more than otherwise.  According to strength coach Mike Robertson, squat suits vary in the degree of help they provide based on their level of stiffness, but, in general, help by adding compression and hip stability. A study on the kinetics and kinematics of squat performance in a suit vs raw found that the suit they tested did not significantly increase the concentric force of the exercise, only the concentric velocity. While it is true that increased velocity could be a factor in allowing more mass to be moved, there should be an upper limit to this relationship as the force curve decreases with increased velocity. 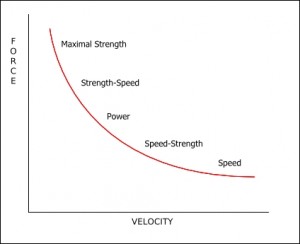 Something that should be noted with the kinetics study, though, is that the same raw 1RM weight was squatted during non-suited and suited tests. A related study, one that focused on bench shirts instead of squat suits, found that the use of a bench shirt decreased horizontal displacement of the bar. Bringing things back down to simpler terms, a steadier bar path can lead to easier reps. So maybe instead of thinking of this relationship as the material of the suit compressing and springing back up to lift the weight itself, it might be more like the suit compresses your muscles and joints, making it easier for your body to have strong muscle contractions with less wobbling and wasted force vectors.

With all this said, a 98-pound weakling can’t just throw on a squat suit and squat 900 pounds – you’ve still got to be damn strong to get under that kind of weight. But do you actually get stronger if the mechanics of the clothing are helping you move the weight? Is it like having a “spotter” finish those last few reps with you, or popping your hips up on the bench press, effectively changing the angle of the muscles moving the bar and making the exercise ergonomically easier? Having not used lifting suits or shirts before, I open this topic up to you, dear lifters. What are your experiences with lifting equipment? And what are your thoughts on the legitimacy of the numbers that accompany such equipment?